There are several ways to customize the text formatting of your Mavenoid flows.

Markdown is a commonly-used language for formatting text. Most common Markdown syntax is available in Mavenoid flows.

Almost everything listed in this basic syntax guide is available in Mavenoid flows.

A note on line breaks

To create a single line break within a paragraph, no special syntax is needed. Just hit "enter" and Mavenoid will respect the line break.

However, multiple consecutive empty lines will be collapsed together. If you need to create extra space between or around paragraphs or other content, you can prevent this by putting a single \ on each intervening line.

Note that if for some reason you need to use this to pad out the bottom of the node, it won't work because the final line's \ will be displayed as text. To prevent this, instead have your last line contain &nbsp; which is the HTML entity for a non-breaking space. 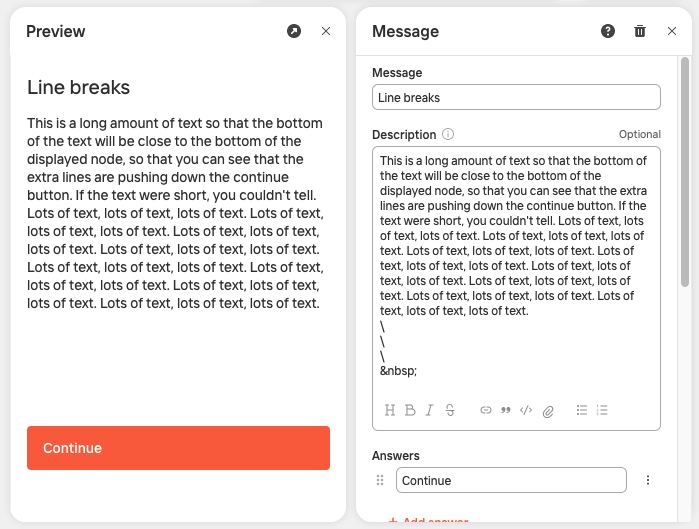 On top of normal Markdown, Mavenoid flows have a few extra tools you can use. 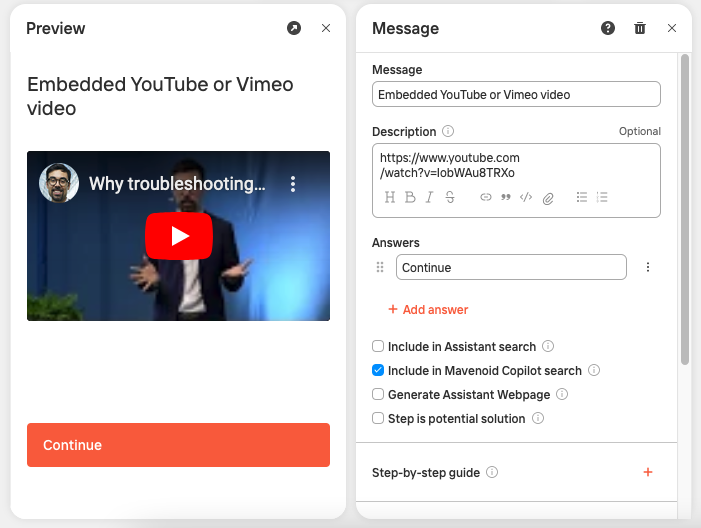 To create a section of content which starts out collapsed and can be expanded by the user, use this syntax:

The title will be displayed to the user along with a "+" button to expand it, which will then show the content. Hitting the button again will collapse it and hide the content. 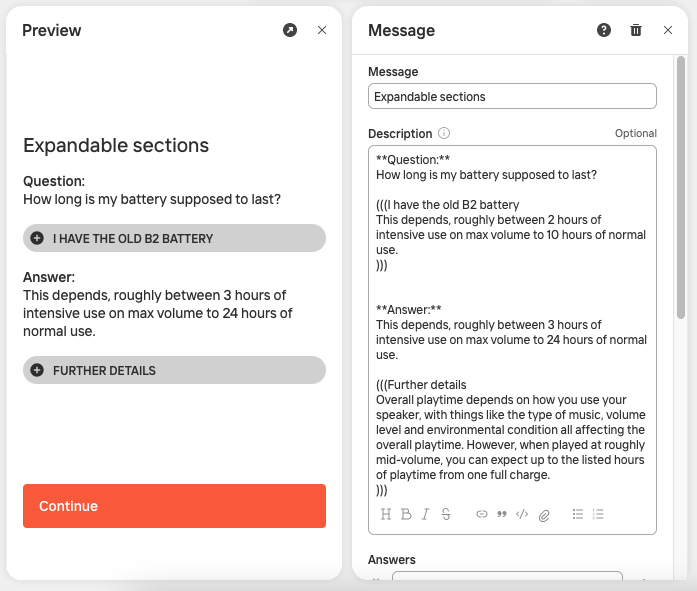 Markdown images are rendered as "block" elements by default, meaning they will take up a whole line. If you want to have an image rendered as "inline" instead, so that you can have other content on the same line with it, then add |inline to the end of the image's alt text. For example, instead of ![small black square](https://example.com/img/small-black-square.png) you would use ![small black square|inline](https://example.com/img/small-black-square.png). 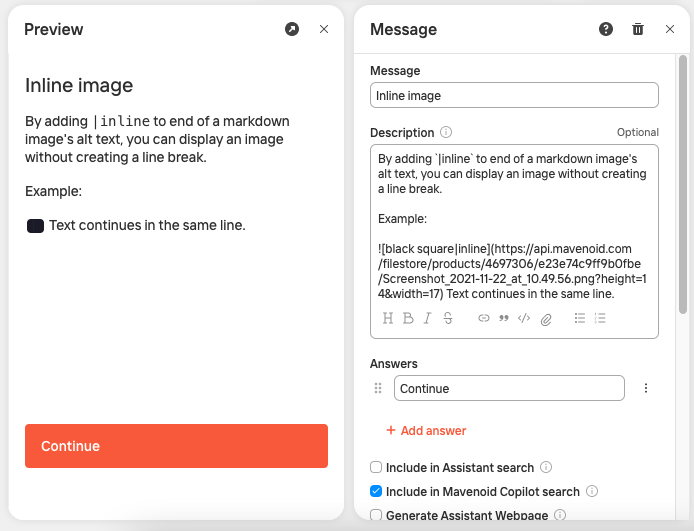 Images in your asset library can also be set to display inline by simply checking their "Inline" box.

There are multiple ways to include special characters in text.