Mavenoid's markup language is a way to reference dynamic values in your flows. This allows you to use and display information that varies between users and conversations and which can't be known in advance.

Markup can generally be recognized by double curly-braces, such as {{order-number}}. 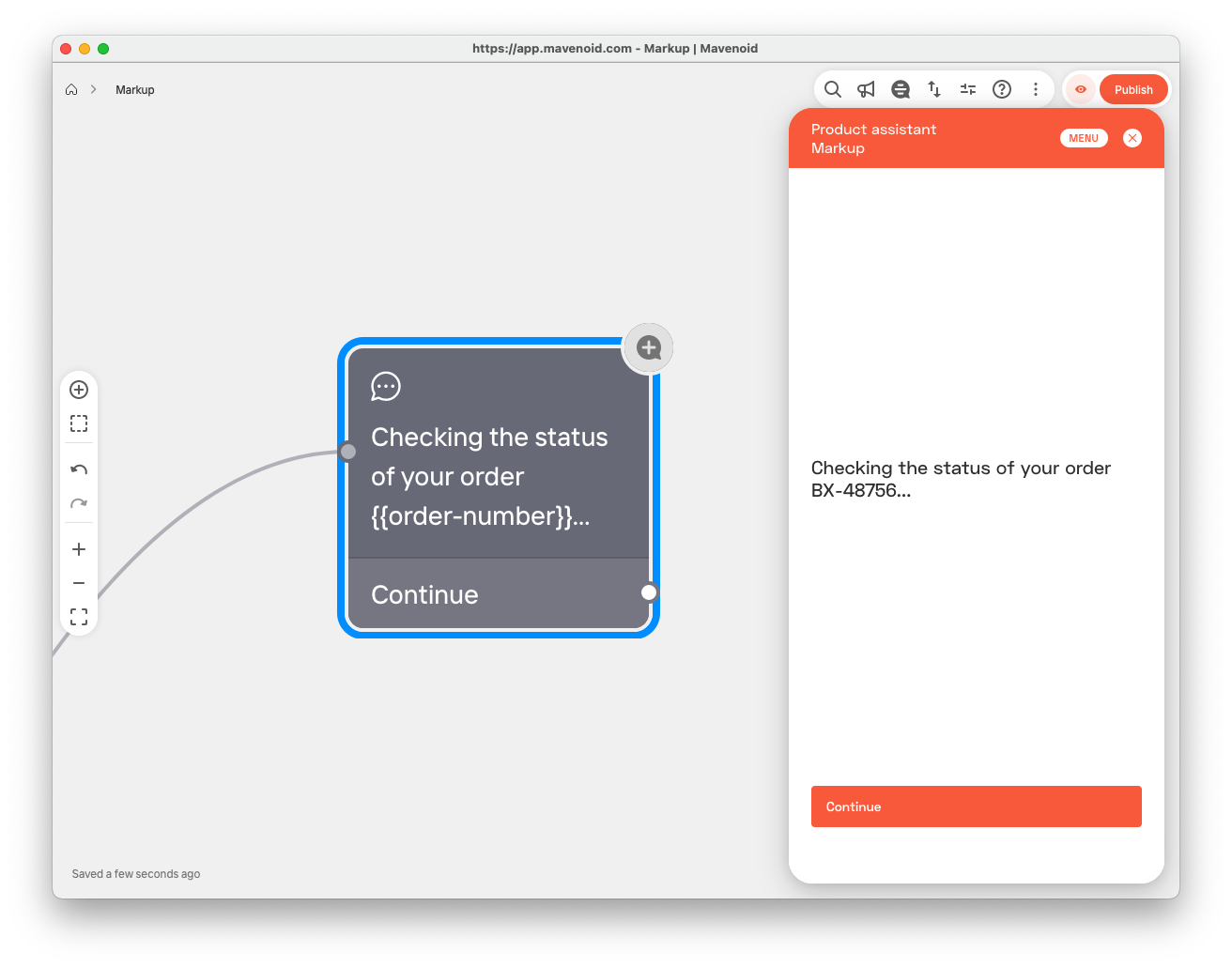 Markup can pull values from a few different places, but is used most commonly with form data. In addition to displaying the value of form data to the user, markup can be used with Actions nodes in a wide variety of ways. By combining form data, actions nodes, and markup, you can do things like:

For specifics of how to write and work with markup, see Markup expressions and operators.